I had never slept in a bathtub full of cool water before, but after my first really bad sunburn in Nassau, that’s where I spent the night. I was a newlywed and was on my first trip to the Caribbean. My brother-in-law, who was dark skinned, and tanned easily, mixed a concoction of iodine and baby oil for me. I fell asleep on the beach kind of scrunched up and got a very uneven burn. It was horrifically painful. The bath helped, but I didn’t learn anything from the experience except that baby oil wasn’t quite right for me. I switched to Coppertone.

I was a sun worshipper from an early age especially after I sprouted pimples in my teens. The sun dried out the pimples, and made my face a reddish brown that I thought was extremely attractive. I also felt exhilarated after a day in the sun, and even a little sexy.

I spent years sunning myself. I held a large book covered in foil wrap under my face to act as a reflector. I would sit at tables in outdoor bistros facing the sun. I would lie beside any pool for hours stretched out and turn over at regular intervals. Crazy girl, you might think, but 50 years ago we were not warned about sun damage and skin cancer. The only real sunblock was zinc oxide and that was ugly, and who wanted to block the sun anyway – only freckly redheads and very fair blondes. Brigitte Bardot, Raquel Welsh and Jane Fonda all sported gorgeous tans. Why not me? 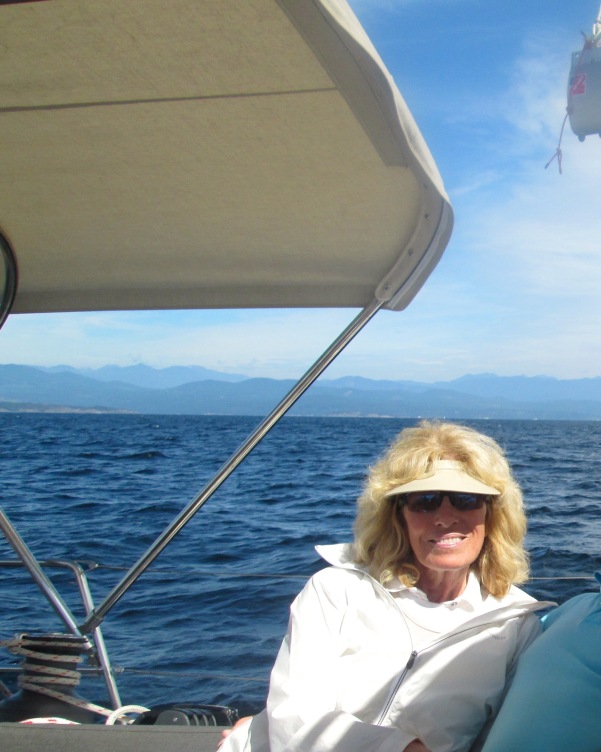 From about my mid 60’s onward I’ve been doing damage control because of my youthful sun obsession. I found a fabulous sun cream that I apply religiously right after the shower every day called Anthelios 60 by La Roche-Posay. I play golf and my arms are exposed for hours. And I don’t want loose accordion pleated forearms. This stuff really works. I do get a soft tan, but it protects from the harmful UVA rays. I wear lip block, and never sit in the sun if I can help it. I also have a convertible, love the wind in my hair, but wear a visor when I drive.

The skin on my face is pretty resilient. It is not wrinkled from the sun, but I have had my share of basal cells and lots of mini surgeries to remove them. I also got freckles, moles and seborrhoea keratosis, (which my dermatologist calls barnacles), on many parts of my body that are often burned off with liquid nitrogen. Lovely.

My husband, Charles is not so lucky. He is even fairer skinned than I; almost redhead skin and he raced sailboats for years on the ocean. None of the guys wore sunblock or even hats. Now he has had many basal cells, squamous cells, and lots of pre-cancerous lesions. He has suffered through photodynamic therapy, creams that make him look like a burn victim, numerous biopsies and excisions and the list goes on. Although some of these treatments do make his skin look silky soft.

We both have yearly exams to check for melanoma and new spots on our bodies. Now that we are in our 70’s, these things come to haunt us and they are mostly fixable. Go to any party with our contemporaries and it looks like a war zone with bandaged and blotchy faces and arms. Thank goodness my grandchildren are aware of sunblock and their parents are diligent in applying it to their precious skin. 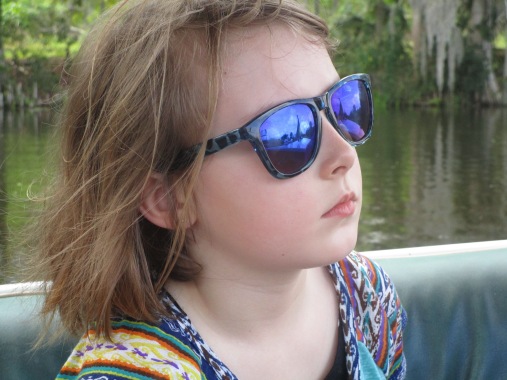 There are options if you want a soft tan in the summer. I just read about a product you can use in the shower called St. Tropez Gradual Tan. It’s received great reviews providing you follow the directions, and it doesn’t have that biscuit smell of most self-tanners. There once was a pill you could take that would promote a tan. My girlfriend tried that and became a wonderful shade of bright orange. Ah, vanity.

I love a sunny day. It is so positive. But like a chameleon it does have its dark side. Beware!

Let me know what experiences you have had.

PS. Just tried St. Tropez Gradual Tan( see above) and it is easy to use and provides a very nice glowing soft tan.